You are here: Home / Meet our Students 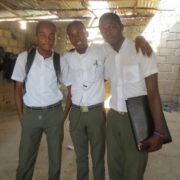 With your support, we hope to offer new scholarships to Gros Marin graduates to study in Les Cayes for the 2021-2022 academic year. 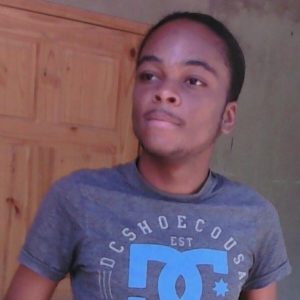 Roberto Smith is a fourth-year student in Civil Engineering at GOC University. Roberto has an interest in water resources (hydrology) engineering and hopes to pursue a Master Degree in the future.

Roberto’s father is unable to work due to debilitating disease.  As the only son, Roberto helped his mother work her field in Gros Marin.  Their small house was crushed by a tree during Hurricane Matthew. 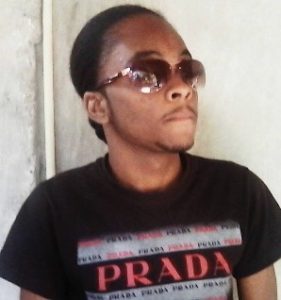 “In the life a person, there are three very important things: GOD, health, and education. I am very happy because I am studying a valuable profession (civil engineering) and with it I can help my community (Gros Marin), my country, and also the world. And I can help my Haitian brothers and sisters. I feel comfortable at GOC University, I study very well, I understand the course materials.  This semester I have many classes and homework but I make a lot of sacrifices to learn well.  My priority is my school, nothing else interests me, only my studies interest me. After these three years, I will be your ENGINEER. Thank you to all the PMfGM donors for your generosity and your advice. I love you all so so so much.” 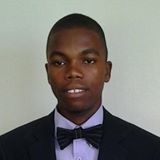 Davidson is an orphan and, at 24, is older than most of his freshman peers, due to his past struggles to stabilize his living situation and complete his secondary education.  A gifted writer and orator, Davidson was a student body leader/spokesman in Gros Marin.  He recently began giving original poetry readings at UNASMOH. Click here for a video of Davidson thanking Providential Mentoring for their support.

It is with a feeling of love and pride that I send you message on this very special day for the American people. 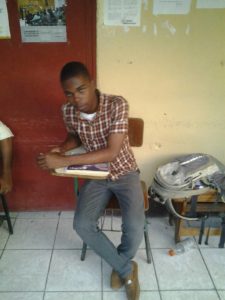 I say love and pride because this date is as important for the American people as for the Haitian people. The pride lies in the fact that my Haitian ancestors contributed in their way to lead to the independence of the largest nation in the world.

The generals of the Indigenous Army who also fought for the independence of Haiti, sent their bravest soldiers to the battle of Savanah. A big step towards the 4th of July 1776. During this battle, Henry Christophe was 17 years old. The first independent black people in the world have shown an indisputable love for independence, especially that of the United States.

How not to be proud as a young Haitian intellectual eager for knowledge?

So, I say Happy American Independence Day to all members of Providential Mentoring. 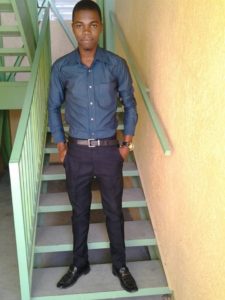 “To be grateful is to recognize that we are indebted to others who have given us a benefit. I begin with these words in order to express some of my gratitude to you (because I could not express it all). I am truly grateful to PMfGM for all the assistance you have provided for my studies.

Thanks to your donors’ dedication and kindness, I have a scholarship that allows me to cross the doorway into university. It means a lot to me. Not only does it allow me to increase my knowledge, but it also allows me to become aware of how I can contribute to society. In another sense, I must say that this scholarship will facilitate my autonomy both economically and socially in the future.

In conclusion, without this support I would perhaps never reach the place that God and the future has reserved for me. I thank you with all my heart.”

Davidson discusses his opinion in French

“I chose to study civil engineering because since my childhood I have wanted to become a civil engineer. Over the years in secondary school I always preferred math and science more than other subjects. Especially after the earthquake of January 12, 2010 that struck Haiti, I decided to become an engineer so that I can bring my knowledge to improve the quality of building construction. After receiving my diploma, I would like to further my studies in order to get a master’s degree and then find a job in engineering. I want to help other students who come after as your group did for me with the aim of continuing your superb philosophy and supporting their development.

Wherever I am I always have great pride when I remember where I come from. Because in my life after God if I did not have your financial support, I ask myself where would I be now, what would I do? It is thanks to PMfGM that I could continue my classical studies and enter university, buy my supplies, have transportation to school, eat, and even make copies. When I consider that my parents do not really have a profession, they do not work, and I’m in a poor family, so in reality, your support means everything to me after Jesus Christ our Savior. Without your support my life would be dark and without hope; thanks to your support now I hope to become something serious in life. Thanks to all your donors and may God bless them.”

Romario Dorastin is in the final stage of completing his Civil Engineering degree from Lumiere University.  His degree requires the completion of three projects and an internship; one project based on materials of concrete, second design and construction of roads and third hydraulics. He is committed to finishing as soon as the security situation in Haiti allows.

Romario is one of four children of a local tailor.  His older brother was left paralyzed from a motorcycle accident in 2014 and requires long term care/hospitalization in Port au Prince.  Romario won a partial university scholarship on his own merits before PM was founded, but his family’s resources are inadequate to fund the balance of his expenses. 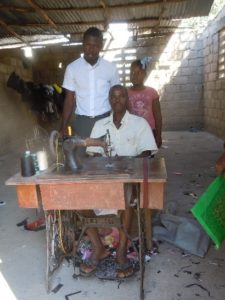 Romario’s father is the local tailor, pictured here with Romario and his youngest sister.